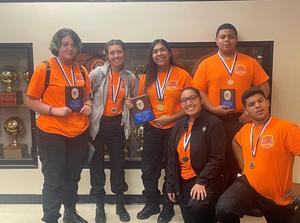 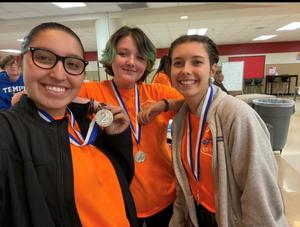 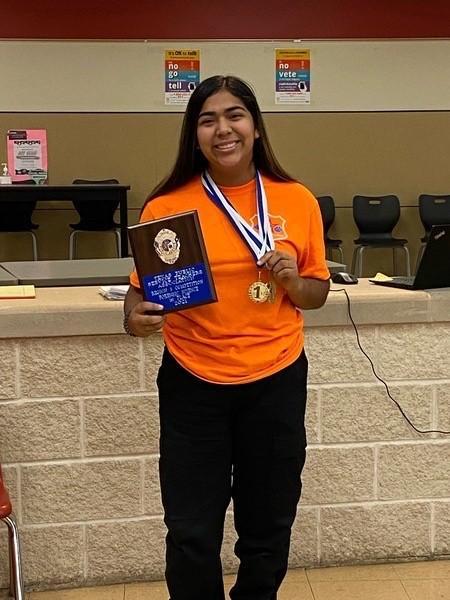 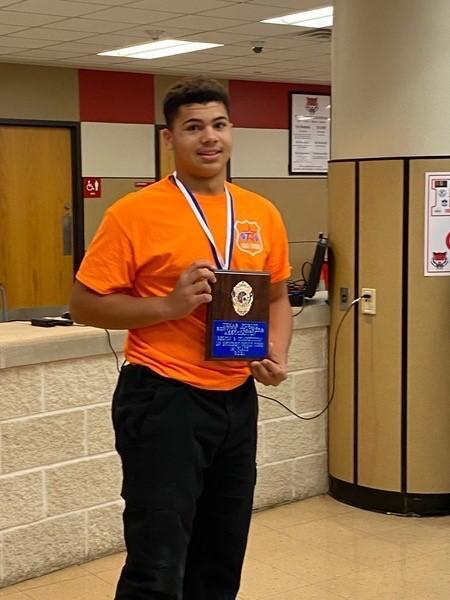 TEMPLE, Texas — The Temple High School Police Explorers will have seven students advance to the Texas Public Safety Teachers Association (TXPSTA) State Competition in January. The students earned their spot in the state competition by finishing first or second at the Regional Competition last Saturday November 13) in Belton.

The Temple High School team of Aracely Rodriguez, Camryn McGlothlin and Alexandra Camacho won first place in the Forensic Science event. Jeremiah Battreall won first place in the Male Agility competition. Haley Hamson, Cielo Guerrero and Jaysa Vahue teamed up to take second place in the Crime Scene Investigation event. All of those students earned the right to advance to the state competition. Freshman Izayiah Rodgers narrowly missed a spot in the state competition after taking third place in the Misdemeanor Traffic Stop event. More than 400 students from seven schools competed in the Regional Competition on Saturday.

“To have 19 students in our program and have so many qualify for the State Competition really shows that this program has value,” said Krystal Battreall, THS Police Explorers sponsor and criminal justice teacher. “The program gives Temple High School students a place to add value to the Temple High community. It means so much to see these students take this competition so seriously and put in so much effort. I am proud of the way this program has grown so much in so many ways in such a short period of time.”

The THS Police Explorers program has grown from eight to 19 students in just three years of existence. This is only the second time THS has competed in the TXPSTA competition and marks the first time the program has qualified students for the state competition. The students have been practicing for the event twice a week and have received valuable assistance from the Temple Police Department, who sends out officers to practice with the students every Wednesday.