Temple High School BBQ Team Off to a Sizzling Start 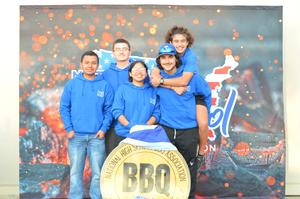 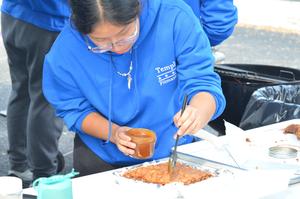 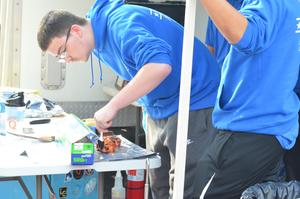 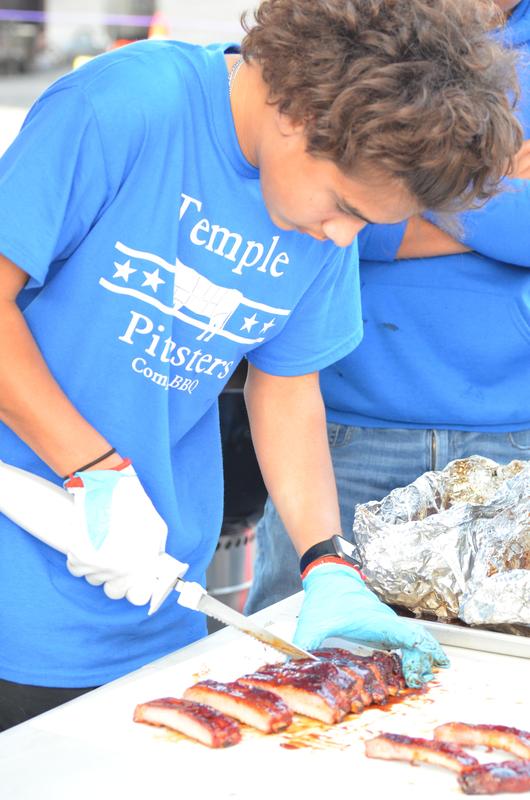 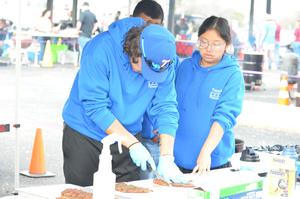 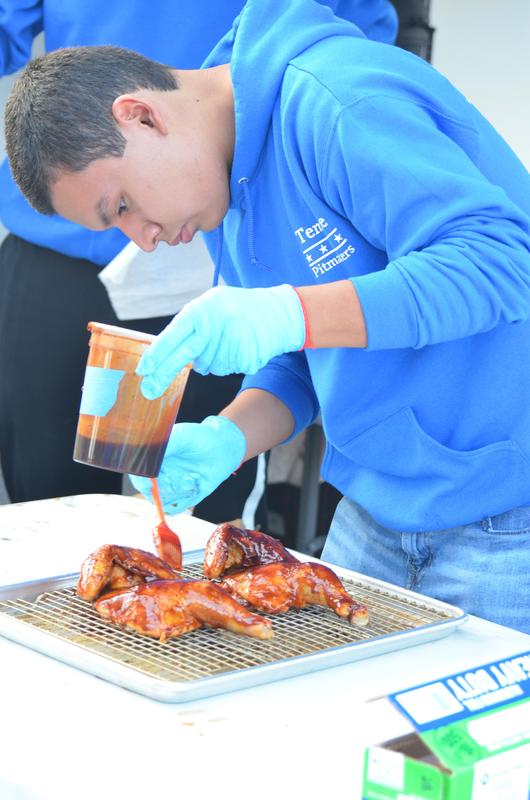 TEMPLE, Texas — The Temple High School BBQ Pitmasters Team has only been in existence since the start of the school year, but the team is already off to a blazing start after competing in its first event early this month.

The five-person team won Reserve Champion honors at the Texas High School BBQ Association Super Qualifier event in San Antonio on December 9th. That performance earned the THS BBQ Pitmasters a spot in the State Championship competition in May despite the fact the team has only been together and practicing for about two and a half months.

“The kids caught on very quickly and I could tell I had some cookers because of how attentive they were and how much it meant to them,” said Joe Medrano, the team’s coach. “We go by the motto ‘Nail the Cook’ and I’ve tried to teach them how to stick with that and they have really understood the process. I can’t say enough about them because they are such a great group of kids. I expect great things from them because they’ve picked things up so quickly when I have introduced them to so much. They just kind of took that and ran with it. It was a great moment to find out where we placed and it was a great showing, especially for their first cook. Now they are hooked.”

“I didn’t really think we were going to qualify for state this quickly,” said team member Erandy Perez, a senior at THS. “But I am really excited about it and really proud of the team and all that we have done so far.”

The idea for starting a BBQ team at Temple HS originated in the Career and Technical Education department with culinary arts teacher Margaret Fyffe taking the lead as staff sponsor. Fyffe approached Medrano, who has competed in BBQ cook-offs across the state with his son, Reece, about coaching the team. Joe and Reece Medrano have also competed in two World Championships. Joe Medrano accepted and initially met with a group of 25 prospective team members. Once he explained the time commitment and what the expectations would be, the group had dwindled to seven, and eventually ended with the current five-person group.

The team practices on Sundays and typically follows the same schedule used in competition. That means practices can last as long as eight hours, and with team members also involved in athletics, orchestra and jobs, it does take a major commitment. But the team members say they wouldn’t have it any other way, especially since they get to eat their homework after every practice.

“They have become like another family for me, because we have all gotten to know each other and really enjoy practicing together and being around each other,” said team member Jordan Magana, a junior at THS.

Teams are judged on five different elements in each competition and each item has to be submitted at specific times during the cookoff. The event sponsor provides the meat to each participating team, but the teams are responsible for seasoning, saucing and preparing all of the items. Each of the five team members has a specific role during competition. Reece Medrano, a sophomore at THS, is in charge of the ribs, Anthony Rangel, a senior at THS, is responsible for the chicken, senior William Hardin handles pork chops, Magana is in charge of the skirt steak street tacos, and Perez takes the lead on the Dutch oven dessert. But all five team members also work together during the cookoffs to produce the best product possible.

“It was a little intimidating at first when we saw all of the teams we were competing against,” Rangel said. “But then we settled in and the competition was really fun because we all had our roles and had to be really attentive to those.”

Some of the students, like Reece Medrano, who was winning awards at cookoffs as early as age eight, came in with some cooking and barbecuing skills, but they all credit Coach Medrano (and his wife, Allison, who also helps work with the team) for helping them improve. And with the work ethic the students have, staff sponsor Fyffe is not surprised how quickly the ingredients came together to qualify for the state championship.

“They gave up all of their Sundays and some of these kids work, or play sports, or are in the orchestra,” she said. “They would practice from 9:00 a.m. to 5:00 p.m. and then go to work, or some might have to leave early for work, so I am really proud of their effort. But these kids all are really hard workers in the classroom, so I’m not surprised by their success.”

The State Championship will be held in May at Burnet High School and the team hopes to compete in a couple of other cookoffs prior to that event, if the busy schedules of the team members allow. A solid performance at state would qualify for team for a spot in the National Championship, known as “The Slab”, in Round Rock in June. The Slab would end the competition season for the team, at least for this year, but there is hope that the skills these students are learning will stick with them long after this year ends.

“This is something I can keep doing,” Hardin said. “It may not lead into a career, but it is certainly something that I want to keep doing and can do for the rest of my life.”

“I want to leave a footprint and make an impact on the lives of these students,” Joe Medrano said. “I was born and raised in Temple, graduated from Temple High School and I bleed blue. This is something that they can take with them and it is going to benefit them for the rest of their lives. I am so glad to be a part of that because I am all about the youth and all about Temple.”