Temple ISD to save taxpayers money with bond refunding 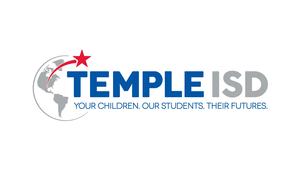 Refunding should save more than $400,000 over five years

TEMPLE, Texas — The Temple Independent School District will save more than $400,000 over the next five years after the district was able to refund bonds from 2012 this week. The TISD board of trustees will receive an update on the refunding during Monday night’s meeting (October 11).

The district was able to refund $7,605,000 of the remaining principal at an interest rate of 0.713%. That will result in an estimated savings of $416,199 over the five years remaining before the bonds retire in 2027. That means the district will save an average of $82,710 per year in annual debt service payments beginning in fiscal year 2023.

“A bond refunding gives us the ability to restructure bond debt. It is very similar to refinancing a mortgage on a house with a few exceptions,” said Kent Boyd, assistant superintendent of finance and operations for TISD. “Schools districts must wait a predetermined amount of time before the bonds are callable, which is another way of saying eligible to refund. Another difference between restructuring bond debt and mortgage debt is that interest rates may vary for each year of the term, but, unlike variable rates on mortgages, rates are not subject to future market conditions and are agreed upon in advance of the sale of the bonds.”

The bonds refunded were originally sold in 2012 and become callable on February 1, 2022. During the board’s July meeting, trustees authorized district administrators to refund the bonds subject to a savings of at least 3%.The bonds were originally sold to fund capital projects within the district and interest rates ranged from 2 to 3% at the time of the sale. Dropping the rate to 0.713% means that the district will save taxpayers approximately .2 cents annually on the I & S tax rate, effective with the 2022 tax rate adoption. Like refinancing a mortgage, the refunding did not decrease the principal of the bonds or change the term length. The savings will come from lower interest payments over the remaining life of the bonds.

“TISD has the responsibility to be diligent stewards of taxpayer dollars,” said Dr. Bobby Ott, superintendent of Temple schools. “This is a responsibility we take very seriously, as evident by lowering the tax rate 16.5 cents over the last three years. This bond refunding is yet another example of sound fiscal management. I am very proud of our finance department and assure our taxpayers that we remain committed to efficient financial practices while maintaining a high-quality standard of delivering educational services.”

The actual savings should amount to 5.279%, well above the 3% threshold set by the board and the total savings are nearly $11,000 higher than originally estimated when the refunding was first approved in July.