Dr. Bobby Ott received his Doctorate in Educational Administration from the University of Texas at Austin. Prior to his nomination into the Superintendency Fellowship, he was a Middle School Principal in Anson, Texas. During his tenure as principal, Anson Middle School acquired Recognized Ratings, and in the final year was awarded an Exemplary Rating.

Throughout the pursuit of his doctoral degree he worked in the Division of Curriculum and Professional Development and the Office of Statewide Initiatives at the Texas Education Agency. He also served as the Director of the Institute for Public Schools Initiative with the University of Texas System.

For seven years, he served as the Deputy Superintendent in both Copperas Cove ISD and Killeen ISD. Both districts obtained a "Recognized" status according to the Texas Accountability System. He has served as the Assistant Superintendent for Curriculum and Instruction in Temple ISD since 2012. Notable successes include achieving “Met Standard” ratings from 2013-2018, designing elementary school academies, deploying the TISD Blended Learning Initiative and implementing innovative programming with local businesses in career and technical education.

Dr. Ott has served as a lead member for curriculum and policy efforts for the Texas School Alliance and received a Governor appointment in 2009 to serve on the State Advisory Council for Early Childhood. He is currently a state-level member of the Texas Association of School Administrators Central Office Advisory Committee,  the Texas Education Agency Steering Committee for Principal Evaluations and was recently named to the TASA 2025 Task Force. 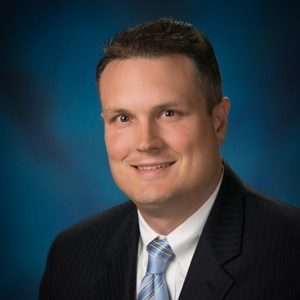